Knowing a little bit about the History of mining in Portugal.

In Portugal the Pequenas Rotas (Small Routes) dominate the interior of the country. There are hundreds of miles of many stories and beautiful landscapes.

We were living in Lisbon and looking for new routes for a hiking day. That’s when we found information about the Zambujal Castro Route, a circular route in the municipality of Torres Vedras – 50 km north of Lisbon.

We left Lisbon early and in about an hour by train we were in Torres Vedras, where the PR4 route ends.

Leaving the train station (train is comboios in Portuguese), we went to Verde da Várzea Park, a large green area in the center of the town, where this trail begins and ends. But before that, we stopped by the Mercado Municipal to buy a snack and went to visit the Torres Vedras Castle, which is not inside the PR4 course, but it can be included and certainly worth a visit!

A litlle bit of History…

The Castle of Torres Vedras has historical references since 1147, time of the Christian Reconquest of the Iberian Peninsula. From the top of the hill framed by the river Sizandro, its fortifications and walls have endured several wars, conquests and retakes. Roman and Muslim traces are still found, even though the castle’s architecture has been altered several times. In 1846, it was the scene of the Battle of Torres Vedras and in the same year, the interior of its interior exploded, making the structure almost disappear. Its ruins were then gradually restored and today are listed as Cultural Patrimony of Portugal.

To get to the Castle, simply walk through the narrow streets and climb the hill. In the distance one can already see his menage tower, a part of the wall and a simple chapel, the Church of Santa Maria do Castelo, located next to the castle.

The castle is open to visitation (fee free) and there is a course with plaques telling more of the history of the place and of each environment within the walls. From the inside really there is hardly anything left but it was a sunny spring day, the flowers were at their peak and wandering close to the wall with flowering olive trees was very enjoyable!

Finished our visit to the castle, we went to the Verde da Várzea Park, to finally start our Route of the Zambujal Castro.

The PR4 – Torres Vedras – Castro do Zambujal Route is 16 km long and it has a derivation – the PR4.1 – with 11.75 km, which separates from the main one after the historical site of Castro do Zambujal. PR4.1 does not cross through Varatojo, where there is a beautiful Convent. We chose to complete the complete route (PR4).

We leave the Verde da Várzea Park towards the district of Barro, by a beautiful path between vineyards and fields. After 1.5 km you reach a small chapel (with a good view of Torres Vedras) and then you can see the Sanatorium of Barro, which was founded in 1570, and today works as a Hospital Dr. José Maria Antunes Júnior.

The other side of the hospital there is a hill with vines and on the top the image of Nossa Senhora da Pena. The view of Torres Vedras is very beautiful. In this point is the Tholos, a funerary monument of the third millennium BC.

The route goes to Serra da Vila, a lovely village, and soon get to Castro do Zambujal.

Castro do Zambujal was a fortified settlement of the Copper Age (from 2500 to 1800 BC) located on a hill on the right bank of the Ribeira de Pedrulhos, a tributary of the Sizandro River that cross Torres Vedras. It is believed to have been the most important village and center of smelting and ore trade in central Portugal. It had four walls and some towers, as well as the residential and storage area, which was occupied for at least 800 years. By the buildings, it is supposed that there was a certain degree of social stratification, where the central enclosure – with about 50 meters – was reinforced and destined to the inhabitants of superior statute and to store metallurgical and commercial products. And the majority of the population was engaged in agriculture and cattle raising and lived on the surrounding land outside the main fortress.

The archaeological site was discovered in 1932 and excavated throughout the 1960s and early 1970s. As of 1996, there was a partnership between the German Archaeological Institute, the Portuguese Institute of Archeology and the support of the Torres Vedras Town Hall to preserve the local. In 1946, Castro do Zambujal was framed as a Portuguese National Monument. Today, it is a little abandoned, but it is a high point with a great view of the region, from where you can see the mouth of the river Sizandro, the sea and the entire valley of the river. In the aerial photo below (got from TorresVedrasWeb.pt) gives you an idea of what the village was like and, below, our photos of the site when we visited it.

Hiking again along the trail, about 900 meters, there is the bifurcation for the PR4.1. We continue along the main road to the village of Varatojo, where the Franciscan Convent is founded, founded in 1470 by D. Afonso V. Vale to take a spy. 😉

The village is also lovely and after passing through its alleys, one arrives again the path of earth that passes under windmills.

Almost finishing the trail, just follow the marking that will lead again to the Verde da Várzea Park, but rather a beautiful view of Torres Vedras Castle, the Church of Santa Maria do Castelo and the town.

The PR4 Torres Vedras – Castro do Zambujal Route is a easy trail. It takes about 5 hours, with stops to know more the town and a long lunch break near the historical ruins. A nice day hiking through Torres Vedras!

How to get to Torres Vedras

Train line Coimbra/Figueira da Foz – Lisbon. Stop at the Torres Vedras Station, which is a few blocks from the Verde da Várzea Park, beginning of the trail. See the schedules here.

When we did the research, two companies made the journey Lisbon-Torres Vedras:

From Lisbon to Torres Vedras: by the A8 in the direction of Leiria until the exit 7 – Torres Vedras Sul. Alternatively go by the N8 by Venda do Pinheiro and Turcifal until Torres Vedras.

From Porto to Torres Vedras: by the A1 exit towards Aveiro, converge with the A25, continue on the A17 in the direction of Leiria. Take the A8 to exit 8 – Torres Vedras Norte. Alternatively you can take the N1 through Leiria to Rio Maior. From Rio Maior follow the IC2 to Alcoentre and the N115 to Torres Vedras. 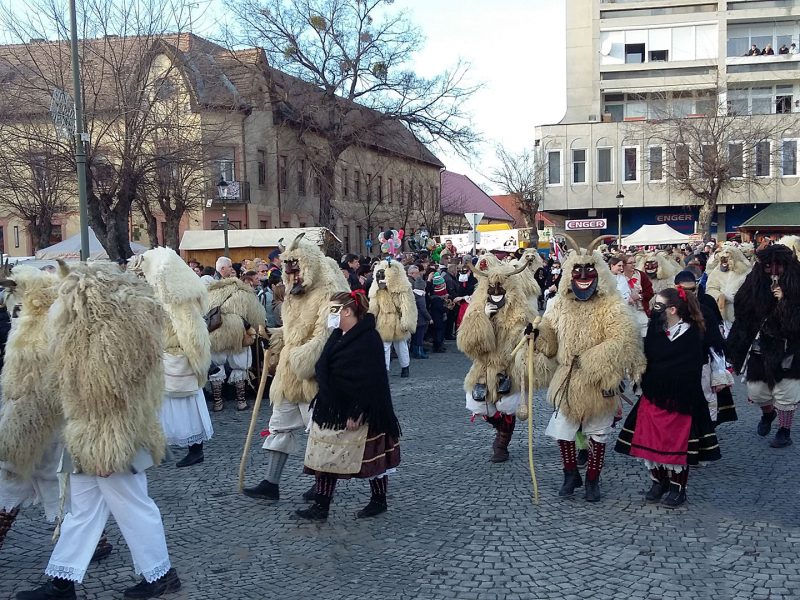 And Carnival had arrived. Like every year, we were trying to get away from the party. But in 2015 it was different. We were living in Budapest, Hungary, and it was already the end of winter. In a street next to the park, a poster indicated a different event that would happen in another city. It caught our eye. It …

END_OF_DOCUMENT_TOKEN_TO_BE_REPLACED 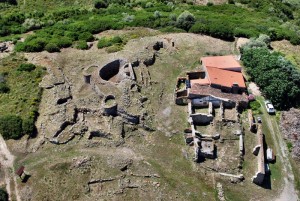 Knowing a little bit about the History of mining in Portugal.